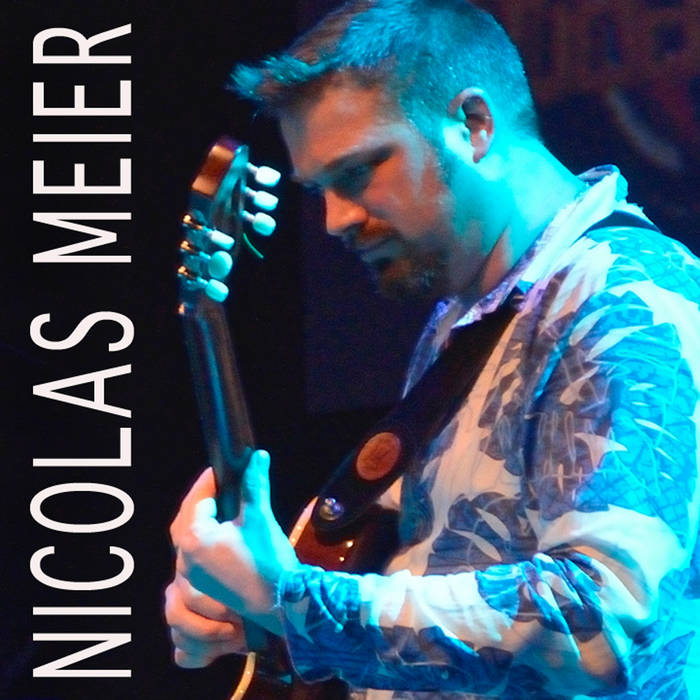 John Cratchley Give Nicolas your attentive ear and hear what treasures you have discovered...

Carsten Pieper Swiss guitar wizard with a broad palette of styles and influences (including Turkish music and Flamenco). Thanks to Mr MoonJune for the recommendation :-) Favorite track: October In Ankara.

In just a few short years, UK-based guitarist Nicolas Meier has carved a reputation out as one of the UK’s most original and uniquely talented guitarists. Drawing from a love of Turkish, Eastern & Middle Eastern music, Flamenco, Tango and more -- all mixed with jazz -- Meier is one of the rising stars in a vibrant British jazz scene, but his versatility and musical fluency extends well beyond that ... so much so, that his considerable talents drew the attention of rock guitar legend, Jeff Beck, who has since made Nicolas a mainstay in The Jeff Beck Group, carrying him on two world tours during the course of the last several years.

Meier originally hails from Switzerland; born in 1973 to parents who are great lovers of the arts, with wide-ranging musical tastes extending to the Classical, Jazz, Latin, Flamenco, Rock and (even) Pop genres. After picking up guitar at the age of 12, it was his father's gift of Joe Satriani’s legendary "Surfing with the Alien" and Tony MacAlpine’s "Maximum Security" (both, major intelligent rock "guitar-god" albums), shortly thereafter, that served as Nicolas' earliest motivation. Attending the Montreux Jazz Festival while still a young teen would further expand Nicolas' vision for guitar, with John McLaughlin, in particular, being of particular interest and inspiration.

A true gypsy spirit with a disciplined maestro's touch, Nicolas has embraced a number of different cultures and studied their music forms, nuances and idiosyncrasies. (It was during his Eurasia travels, early in the new millennium, that Nicolas met his Turkish wife, Songul.) Meier’s sound is rooted in his love of playing jazz on acoustic guitar, especially his Godin nylon-string guitar. It’s a sound that lends itself especially well to flamenco and middle-eastern music, also -- conveniently -- as these influences, and more, are brilliantly fused in his unique multi-lingual style. He also plays fretless acoustic guitar, the Saz (a traditional Turkish stringed instrument), electric guitar, steel-string acoustic guitar, glissentar (an 11-stringed fretless insturment) and a baglama.

During the course of his six-string baptism and global sojourns, Nicolas has been the recipient of numerous awards. A truly dedicated student of the instrument, he has pursued advanced studies at Switzerland's prestigious Conservatoire de Fribourg, and studied arranging, prior to earning a scholarship to Boston's illustrious Berklee College of Music. His burning passion for both rock and jazz persists to this day, something he partly credits to his teacher, Francis Coletta (at the Conservatoire de Fribourg), who, while inspiring a profound love of jazz and world music, encouraged the young man to transcribe rock solos, as well!

In fact, Meier is one of the rare musicians who plays both metal and jazz fluently, and has written books on both: "Heavy Metal, Part I: Rhythm Guitar," and; "Jazz, Part I: Chord Tones." When asked about his two seemingly divergent loves, Nicolas had this to say: “I deeply love both styles. There is magic in each style that the other one doesn’t have. I just love metal’s power and energy, and at the same time I love jazz’s deep emotion. Both styles can give high energy, but in different directions or different worlds."

During his time at Berklee, Nicolas immersed himself in classic American jazz (Parker; Coltrane; Miles; etc.), while performing primarily acoustic jazz and fusion. After graduation, he returned to Switzerland in 1998 and formed the Meier Group, a band that would quickly become popular European festival regulars. Naturally, he gravitated to Montreux, finding himself performing with the likes of Rachelle Ferrel, George Duke, Macy Gray and Will Calhoun, among others.

It wasn't long, though, before Meier found himself missing the vibrance and vitality of Boston. After considering possible relocations, he settled on London as the perfect destination for combining the energy of the US with a happening European music scene. Shortly after arriving in London, Nicolas met drummer Asaf Sirkis, whom he credits with helping open his ears to middle eastern music, as well as helping him find his feet in London. “He (Asaf) is such a passionate player that I just had to keep playing with him whenever I could. I met Gilad Atzmon through him, and many other great players."

Never short on ambition, Meier founded his own record label, MGP Records, in 2009. To date, he has produced ten albums: as a solo artist; in various group formats (The Meier Group; Nicolas Meier Trio; Eclectica!); with his heavy metal band, Seven7, and; in a duo format, with UK jazz maestro guitarist, Pete Oxley. (Their most recent 2015 release, "Chasing Tales," is a masterful, benchmark album, in the dual-guitar format.)

Having made a lasting impression on gentlemen the likes of Jeff Beck, Bill Bruford and Steve Vai -- just to name a few! -- Nicolas Meier is unquestionably one of today's most well-rounded, ambitious, masterful up-and-coming talents on guitar. At the time of this writing, Vai's Favored Nations Records is set to release Nicolas' brilliant new solo album, "Infinity," featuring fellow virtuosos, veteran Jimmy Haslip, on bass, and one of the world's great timekeepers, Vinnie Colaiuta.

Bandcamp Daily  your guide to the world of Bandcamp